While Roe v. Wade and the constitutional right to abortion may be the law, the reality is different for so many in this country who cannot access abortion — particularly people of Color, low income people, individuals with disabilities, and LGBTQ folks. Just last night the US Supreme Court failed to act on an emergency application to block a radical Texas bill from taking effect. SB8 — which became law at midnight —  bans abortion after six weeks into a pregnancy, before most people even know they’re pregnant. This Texas law allows people to sue anyone who helps someone get an abortion after 6 weeks. And if they are successful in their suit, they’ll be rewarded with at least $10,000 – to be paid by the person sued. Lawsuits can be filed against a broad range of people who “helped,” including: a person who drives their friend to obtain an abortion; abortion funds providing financial assistance to patients; health center staff; and even a member of the clergy who counsels an abortion patient.

The chipping away at Roe v. Wade is real.

NCJW has been fighting for the full scope of reproductive health care, including abortion, throughout our history and we won’t stop now. Now more than ever we need federal laws in place to secure our right to abortion. Here is what you can do today to make a difference:

Want to go further? Visit ncjw.org/act to see all the actions you can take today to improve the lives of women, children, and families. 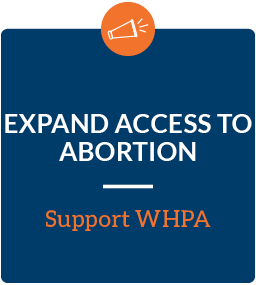 The issue: Texas’s radical abortion ban, SB 8, allows anyone to sue abortion providers and anyone who helps a person obtain an abortion, became law today. SB 8 puts abortion out of reach for the vast majority of Texans and can be used to target abortion providers, advocates who help patients access abortion, and even a patient’s friends and family.

AND NOW, we are facing a similar abortion ban in Florida.

Rep. Webster Barnaby (R-Deltona) filed HB167, similar to the Texas abortion ban – BUT WORSE – that he and other Florida legislative leaders want to become law in our state. These attacks on healthcare and reproductive freedom are our call to take action!

The good news: The Women’s Health Protection Act (WHPA) would safeguard access to high-quality care and secure constitutional rights by protecting patients and providers from this dangerous political interference no matter where you live.

Our task: Urge your lawmakers to pass WHPA. 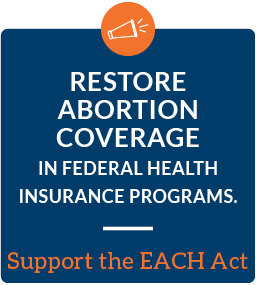 The issue: Every year, there is a major barrier to abortion care in bills that fund the government. This barrier is known as the Hyde Amendment and it denies abortion coverage to anyone enrolled in federal health programs such as Medicaid, Medicare, and Children’s Health Insurance Program (CHIP).
The good news: The Equal Access to Abortion Coverage in Health Insurance (EACH) Act would end these dangerous and discriminatory coverage bans.

Our task: Urge your lawmakers to support the EACH Act. 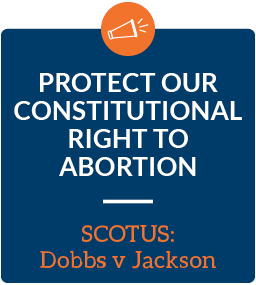 The issue: The Supreme Court has taken a case that has the potential to overturn Roe v. Wade, the landmark case that protects the right to an abortion in the United States.
The good news: The Constitution — and public opinion — are on our side! Since 1973, the Supreme Court has affirmed and reaffirmed the constitutional guarantee that each person has the right to choose abortion.
Our task: Sign this pledge to affirm that abortion access should be expanded and not eliminated.